Novogen chickens are one of my all time favorite types of chicken, not just because they’re pretty much the best egg laying hen around, but because they’re hardy, durable, docile, and generally pretty quiet. These chickens are a little bit new to the scene but are making a big splash due to their prolific egg laying. In this article, we’re going to talk about what there is to know about these beautiful, bountiful chickens. Let’s dive right in!

All about Novogen Chickens

Before picking up any new breed of chicken, it’s important to thoroughly understand the breed and determine if it’s a good match for your barnyard. These are the fast facts on Novogen chickens.

Novogen chickens are a sexlink chicken, meaning that you can easily determine their sex at time of hatching based on their coloration. Females will be a reddish brown color while males are mostly white. In a commercial setting, the males are are separated from the females, who go on to be sold to the public. As a result, Novogen roosters are a pretty uncommon sight, and obtaining basic information about them is pretty difficult.

The Novogen chicken was developed in France by the Novogen company in the mid 1990s. They are a docile bird that produces very little noise and lays an incredible 395 eggs in their 72 weeks of laying. They get started laying relatively early, too, at around 20 weeks. Here in the Pacific Northwest, these chickens barely take a pause from laying during winter.

Novogens are a medium sized bird with hens usually weighing around 4 pounds. They are not a suitable meat bird but make up for it with epic egg laying prowess. This breed is not recognized by the APA and lives, like most chickens, an average of 8-12 years.

Novogen chickens are a docile, unimposing chicken that makes very little noise overall. They can be skittish, especially when young, fleeing from attempts to grab and hold them. In the barnyard, they tend to stick very close to their own immediate family. They will avoid existing flocks of birds to the best of their abilities. As they age, they tend to become less skittish.

Novogen chickens are egg birds. They are a small to medium sized breed, with hens only weighing about 4 pounds. They are a prolific egg layer, with the average hen laying 395 reddish brown eggs during her first 72 weeks of laying. They begin to lay eggs at about 20 weeks, relatively early for a chicken.

Novogen hens are a bit of a mixed bag when it comes to appearance. They are very much not a perfectly uniform breed in appearance but can have reddish brown and white splotches across their bodies. In general, they tend to be majority reddish-brown with some areas of lighter tan feathers.

Chickens tend to pick up bad behaviors when their coop and run aren’t up to their standards, so making sure you have the appropriate cook and run for your Novogen chickens is vitally important.

Novogens like to have plenty of coop and run space to go about the business of being a good chicken. The more space you can provide them, the happier they’ll be and the more eggs they’ll lay. Novogen chickens should be provided 10 or more square feet of free range area per bird.

Chicken runs and coops should be kept properly cleaned out and provided fresh straw regularly. At least one nest box per laying hen is preferred, although they can tolerate “buddying up” and laying eggs in the same nest box. These chickens are known to wander some and will occasionally find creative places to lay their eggs.

Novogens are not known to have any breed specific problems outside of what you’d expect from any kind of chicken. Respiratory illness and injury from excessive pecking are the most common problems with chickens. If a rooster is on site, over-mating can be an issue.

If you were to breed a Novogen rooster and hen together, you wouldn’t get the same bird. Novogens are produced by breeding Rhode Island Red and Rhode Island White genetics.

What to feed Novogen Chickens

Up until about 16 to 20 weeks, your Novogen chicks should be fed a commercial chick starter feed with 18% protein. This added protein will help your young chicks grow and develop into healthy birds. At 20 weeks, they can be switched to a 16% protein layer feed to support healthy feathers and good egg production. Chickens enjoy being put out to pasture where they can eat grass, bugs, and other plants. They will also gladly eat some fruits, vegetables, grains, and leafy greens. 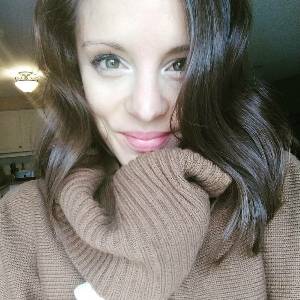 Julie Hambleton
Freelance Writer
Julie Hambleton has a BSc in Food and Nutrition from the Western University, Canada, is a former certified personal trainer and a competitive runner. Julie loves food, culture, and health, and enjoys sharing her knowledge to help others make positive changes and live healthier lives.
Advertisement

What Can Chickens Eat And What To Avoid

Why Don’t We Eat Turkey Eggs?