The choices you make for your spring garden could help save the bumblebees. Researchers have tested which flower species are most preferred by bees for honey production. By placing these flowers in your garden, you could help save bumblebees all spring and summer long. This research is particularly important if you are a landowner managing areas with natural bumblebee habitats. To best aid them, choose the flowers that they gravitate towards.

Finding the Perfect Flowers to Save Bumblebees

According to the U.S. Geological Society, there are almost 20,000 bee species in the world, and 4,000 of them are native to the U.S. However, the bee population has been declining, with honey bees decreasing 40% in 2019. Researchers theorize this decline is due to parasites, pesticides, and loss of flowers. To sustain and recover the bees, all of these factors need to be addressed in their natural habitats.

To focus on this issue, scientists worked with the Entomological Society of America to understand which flowers bumblebees prefer to help restore them.

Baptisia, popularly known as fake indigo or wild indigo, is a legume genus in the Fabaceae family. They are blooming herbaceous perennial plants with pea-like blooms that are followed by inflated pods. They grow naturally throughout eastern and southern North America in forests and grassland. Baptisia australis is the most commonly cultivated species. Its root is an ancient ingredient for medicines. The sap of wild indigo is also an important source of natural dye. This flower is a favorite of bumblebees.

If you’ve ever been stopped in your tracks by a dense, vine-like plant with dark green circular leaves and big red, yellow, and orange flowers, there’s a good chance you’ve laid eyes on a Nasturtium. This flower is one of my favorites – I can remember a time as a young man planting this flower with my mom in her garden. Today, it’s still one of my favorite flowers to grow for my local bumblebees.

Rosemary is a very easy plant to cultivate, and once established, this perennial, woody shrub will last for years. Rosemary is a beautiful shrub with needle-like leaves and bright blue blooms. Evergreen Rosemary blossoms bloom throughout the spring and summer, infusing the air with a pleasant pine scent. Gardeners use this lovely herb frequently as a decorative plant in the landscape as well as for culinary purposes. During its bloom period, you’ll see plenty of pollinators, including bumblebees, pay it a visit.

‘Ava’ is a cross between two Agastache species native to the southwestern United States (A. cana x A. barberi). It’s known for its fragrant, sweet-smelling flowers and foliage. Agastache Ava is known for its towering spikes of deep rose-pink blooms held by raspberry-red calyxes, making it one of the best plant introductions. Beginning in mid-summer, this strong hybrid Hummingbird Mint blooms over several months, making it an excellent, long-term source of food for bumblebees and other pollinators.

Small yet magnificent blossoms also have their place in the landscape, although big flowers like dahlias and sunflowers can be attention-hogs in the flower garden. Scabiosa, sometimes referred to as the pincushion flower, is one of the most lovely and fascinating little flowers that gardeners can grow. The perennial flower, native to Europe, is simple to successfully grow and comes in a range of lovely colors. It’s a favorite of bumblebees too.

Foxglove (Digitalis purpurea) is a beautiful biennial flower that produces tube-shaped blossoms in a cascading, cone-shape from a single stem. These spires of flowers can stand up to 6 feet tall! This particularly stunning flower is a favorite of pollinators like bumblebees.

If you want to add a beautiful, globe-like purple flower to your garden that will drive pollinators and birds wild, you need not look further than Echinops. This hardy perennial flower is a great addition, and you really don’t see it in very many gardens, so it’s sure to wow visitors and passers-by alike. Echinops gets its name from Greek – echinos meaning hedgehog and ops meaning appearance. It produces not just one flower per stalk, but a cluster of flowers that creates a globe-like appearance, thus why it’s also sometimes called globe thistle.

Lavender belongs to the same family of plants as sage, thyme, and mint. There are 45 different species of plant, some that grow as annuals (for just one year) or as perennials (coming back year after year.) Some types of lavender grow as a perennial bush with woody stems. There are incredibly hardy varieties of lavender that do well in desert conditions. No matter the variety, most will attract bumblebees to your garden.

If you happen to be hiking through a lush forest in the Pacific Northwest, you might come upon a plant with star-like leaves shooting tall stalks of different colored flowers into the air that are covered in bumblebees. If so, there’s a chance you’ve spotted Lupine growing in its natural habitat. It doesn’t just grow out in the wild though, Lupine can be grown right at home as well. No need to hike to enjoy its beauty!

Catmint is an herb native to Iran and the surrounding Caucuses and has a tendency to be invasive. It is a perennial herb that requires full sun, regular watering, and well-draining soil, and is hardy in a wide range of climates. This herb can be grown easily in hardiness zones 3-9. This herb is popular with cats and bumblebees alike.

Penstemon plants, also called Beardtongue are herbaceous perennials with lance-shaped leaves and tubular flower spikes. Pink, white, purple, crimson, and (occasionally) yellow are some of the flower hues. The term Beardtongue relates to the pollen-free stamen that protrudes from the bloom, giving it the appearance of a bearded iris. From seeds put in the spring until early summer, this perennial is simple to cultivate. It takes 10 to 21 days to germinate and has a sluggish start. Beardtongue plants bloom in early summer, covering the gap between the late spring bulbs and the maturation of summer flowers like yarrow, coneflowers, and coreopsis.

Never judge a plant by its name. That is absolutely true of this wildflower, which isn’t truly a weed at all. The monarch butterfly’s solitary host plant is this hardy native of North American fields, marshes, and grasslands. Milkweed (Asclepias) receives its name from the sticky white fluid that oozes from its injured leaves. This herbaceous perennial has over 100 species endemic to the United States and Canada and is a fan favorite of bumblebees.

Bee Balm bushes are herbaceous perennials native to North America that are prized for their brilliant, colorful blossoms. Surprisingly, they’re also classified as herbs. Bee Balm is a member of the mint family with fragrant leaves and a variety of culinary and therapeutic use. It has a square stem, opposing leaves, and spreading rhizomes that spread quickly under the soil like many mints. It’s a favorite of bumblebees and other pollinators, including hummingbirds.

Echinacea is a lovely herb that produces beautiful, cone-like purple flowers. It’s also commonly used in herbal remedies and is often found in teas. Have you ever considered growing Echinacea? It really isn’t hard! Growing up in the midwest, we had tons of Echinacea growing in our yard. It continues to be one of my absolute favorite flowers.

When it comes to herb gardening, growing chives is something I don’t think I could do without. Every garden I’ve ever planted has a little section devoted to chives. Their flavor is great and I love their pink, tuft-like flowers. Chives are remarkably easy to grow, often requiring next to nothing from the gardener who gives the plant a home. These are yet another great flower to plant to attract bumblebees.

I’m a big fan of clovers, and red clover definitely has a space in my yard. I like to throw it in random spots, particularly along borders, as a sort of wild-growing flower. Red clover is generally grown in northern and midwestern states, however, it is occasionally grown as a winter annual in the Southeast. It typically grows best in chilly, wet settings, but because of its deep roots, it may survive drought better than other types of clover.

How to Garden for Bees

Once you have chosen your bee-friendly plants, there’s another way to encourage bees to visit your garden. You can create an area that encourages them to the nest nearby.

“Good habitat includes un-mown native bunch grasses, brush piles, and dead trees,” said Nancy Adamson, pollinator conservation specialist for the Xerces Society and the USDA Natural Resources Conservation Service.  So don’t worry if you are lax about mowing and pruning trees. After all, it’s for the bees.

Here’s another piece of advice on bee preservation. “Good habitat is also protected from pesticides,” said Adamson. “Even organic pesticides may harm bees.”

Bumblebees do so much for humans by pollinating our plants and food, but they need our help to survive. This time, we could give back to them. 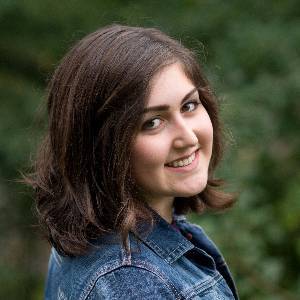 Sarah Biren
Freelance Writer
Sarah is a baker, cook, author, and blogger living in Toronto. She believes that food is the best method of healing and a classic way of bringing people together. In her spare time, Sarah does yoga, reads cookbooks, writes stories, and finds ways to make any type of food in her blender.
Advertisement

11 Of The Best Plants For A Fence Line

When And How To Fertilize Hostas

How To Grow Impatiens From Seed