In Detroit, Michigan, “the first sustainable urban agrihood” in the U.S. centers around an edible garden, with easily accessible, affordable produce offered to neighborhood residents and the community.

Each year, this urban farm provides fresh, free produce to 2,000 households within two square miles of the farm. They also supply food to local markets, restaurants, and food pantries.

The concept of agrihoods isn’t new —the Urban Land Institute estimated that about 200 agrihoods had been or were under construction across the U.S. — but this agrihood is unique because it’s the first truly urban agrihood. It plans to operate in a sustainable way and is more accessible than most other agrihoods.

Agrihoods, also called agritopias or community-supported development, are an exciting concept because they create a remarkable improvement to the dominant food system.

They help tackle food insecurity and other community problems. They make it easy for people in low-income communities to get fresh, healthy food. And they give people a connection with the food they eat, the earth, and each other.

All About The First Sustainable Neighborhood, or Agrihood

The first sustainable urban agrihood, which recently debuted in Detroit, is the project of the Michigan Urban Farming Initiative — an all-volunteer nonprofit, which seeks to empower urban communities using sustainable agriculture.

The three-acre development has vacant land, along with occupied and abandoned homes centered around a two-acre urban garden, with more than 300 organic vegetable varieties, like lettuce, kale, and carrots, as well as a 200-tree fruit orchard, with apples, pears, plums, and cherries, a children’s sensory garden, and more.

Read More: What Is Organic Gardening?

The nonprofit is also working on other projects that go beyond farming, including:

Other projects to make the place more sustainable include:

Could Sustainable Agrihoods Work In Other Urban Areas?

In the U.S., food travels 25% farther than it traveled about 20 years ago. With all this travel, freshness suffers and so does the environment. Even worse, some urban areas become food deserts. But more and more people are seeking out locally grown food, so communities that solve this problem in a sustainable way could make a big difference.

With its agrihood in Detroit, the Michigan Urban Farming Initiative is rethinking how urban spaces are developed and redefining what life in an urban environment looks like.

And perhaps other communities will look to this agrihood as a model to increase healthy, local food and to solve community problems, like hunger and access to fresh food — all while giving people a greater sense of community and happiness, creating more sustainability for cities, and improving our food system.

Here’s a video about the agrihood in Detroit:

Could fresh, healthy, affordable food be the future of urban neighbourhood development? 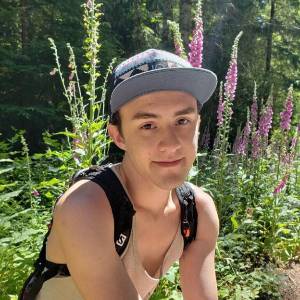 Cody Medina
Small Scale Farmer
Hi there! I'm Cody, a staff writer here at The Garden Magazine and a small-scale farmer living in Oregon. I've been gardening most of my life and now live on a quarter-acre farmstead with chickens, ducks, and a big garden.
Advertisement

How To Propagate A Thanksgiving Cactus

How to Propagate a Christmas Cactus

10 Flowers That Bloom in April

Why Are My Calla Lily Leaves Turning Yellow?

How To Prune African Violets

How To Propagate a Polka Dot Plant

How To Repot An African Violet

How to Get Your African Violet to Bloom

12 Flowers that Bloom in March

How To Grow Coleus From Seed

How To Grow Poppies From Seed