Aromatic rosemary originates in the Mediterranean and is an evergreen herb. In addition to its possible health advantages, it is also used as a flavoring agent, and in the creation of personal scents. Rosemary, as well as other herbs including oregano, thyme, basil, and lavender, belongs to the mint family Lamiaceae.

Rosemary is a tasty addition to recipes like rosemary chicken and lamb, and it also happens to be a healthy way to get your daily doses of iron, calcium, and vitamin B-6. The internet is a great place to find a variety of rosemary-related items.

It has a long history of usage for a wide range of ailments. It aids in relieving pain, improving memory, increasing immunity and circulation, and even promoting faster hair growth.

Two environmental issues are usually at blame for rosemary’s browning, and both are simple to fix. The most typical reason is root rot. However, a change in lighting, such as going from a sunny patio to a dimmer room, can also trigger this. Rosemary does not do well when grown in an improperly draining or constantly over-watered garden. Root rot brought on by overwatering causes the rosemary plant to produce brown needles and eventually die.

If you want to know the exact reason your rosemary is turning brown and the steps you may take to fix the problem, read on…

Overwatering, which leads to root rot, is the most common cause of browning in the plant’s leaves, roots, and stems. Think about the fact that rosemary grows naturally in the Mediterranean part of Europe. Wild rosemary thrives here. It is not uncommon to see it growing on sloping rock or sandy hillsides that rapidly shed water. Furthermore, there is little humidity and constant sunshine, and little precipitation.

Rosemary, in particular, has adapted to this type of climate and grows well in arid regions. In light of this fact, the roots dislike being in constantly wet soil. Most root rot and fungal infections on rosemary are caused by overwatering, which is a common gardening mistake. Brown leaves are the result of poorly draining soils (Amend soils with sand or grit)

To stop it from going brown, it is important to water it properly to make sure the soil drains rapidly. The sandy or rocky soil found on hill slopes that do not hold water is ideal for growing rosemary. Since root rot is what causes it to become brown, planting it in sandy or stony soil is ideal. Sandy or stony soil is good because of its great drainage and ability to keep the roots relatively dry. Growing rosemary successfully requires cultivating soil conditions similar to those in its natural habitat.

Extreme rainfall can be an issue since it has a similar effect on plants as too much water would. Although rosemary thrives in low-rainfall climes, it can be cultivated in temperate regions that receive more precipitation than the Mediterranean. If you want to successfully cultivate rosemary in a wetter environment, you should enrich the soil with plenty of sand or grit before planting.

Cultivating rosemary in a pot allows for better drainage, making them a better option in places with heavy rainfall. After prolonged rain, if you see your rosemary is beginning to turn brown, try bringing its container indoors until the soil can dry out and the plant can revive itself.

The high humidity in your room may be causing your plant to wilt. Open areas are ideal for it. The plant can handle a light wind across its leaves. It will help it stay dry and prevent the fungus that causes the leaves to turn brown.

Think about the microclimate of the container your rosemary is growing in. When rosemary is grown in pots, it prefers a dry climate. So try to avoid placing the pots in a corner of the patio or too close to other plants.

Larger rosemary plants should have their containers spaced at least three to four feet apart. More air may travel around the leaves, increasing the likelihood of a dry atmosphere.

This will help keep the plant healthy and disease-free by ensuring that each plant has adequate space for its roots to develop. They will not have to compete with neighboring plants for water, space, or nutrients.

Rosemary grows best in the warm, sunny climate of the Mediterranean, where the winters are short and warm. Newer growth is more susceptible to frost damage since the plant is not exceptionally cold tolerant (USDA zone 9). If your plant has been damaged by frost, you may help it recover by trimming off all the brown leaves. But if further cold spells are on the way, the plant has to be protected. If your plant is already planted in a container, you can bring it inside for the night. You could even bring it to the garage if you have the room. You may protect it from frost by covering it with wool or a cloche. 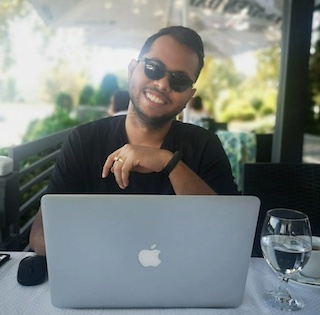 How To Revive A Sunburned Cactus

How To Repot A Cactus Safely

Why Your Geranium Leaves Are Turning Yellow

Why Your Snake Plant Leaves Are Turning Yellow

Why Your Pothos Leaves Are Curling

How To Fix Yellowing Leaves On A Bird Of Paradise

How To Propagate Pitcher Plant

When And How To Fertilize Arborvitae

Holly Fertilizer: How To Feed Your Holly Plant

How To Transplant Lavender Plants